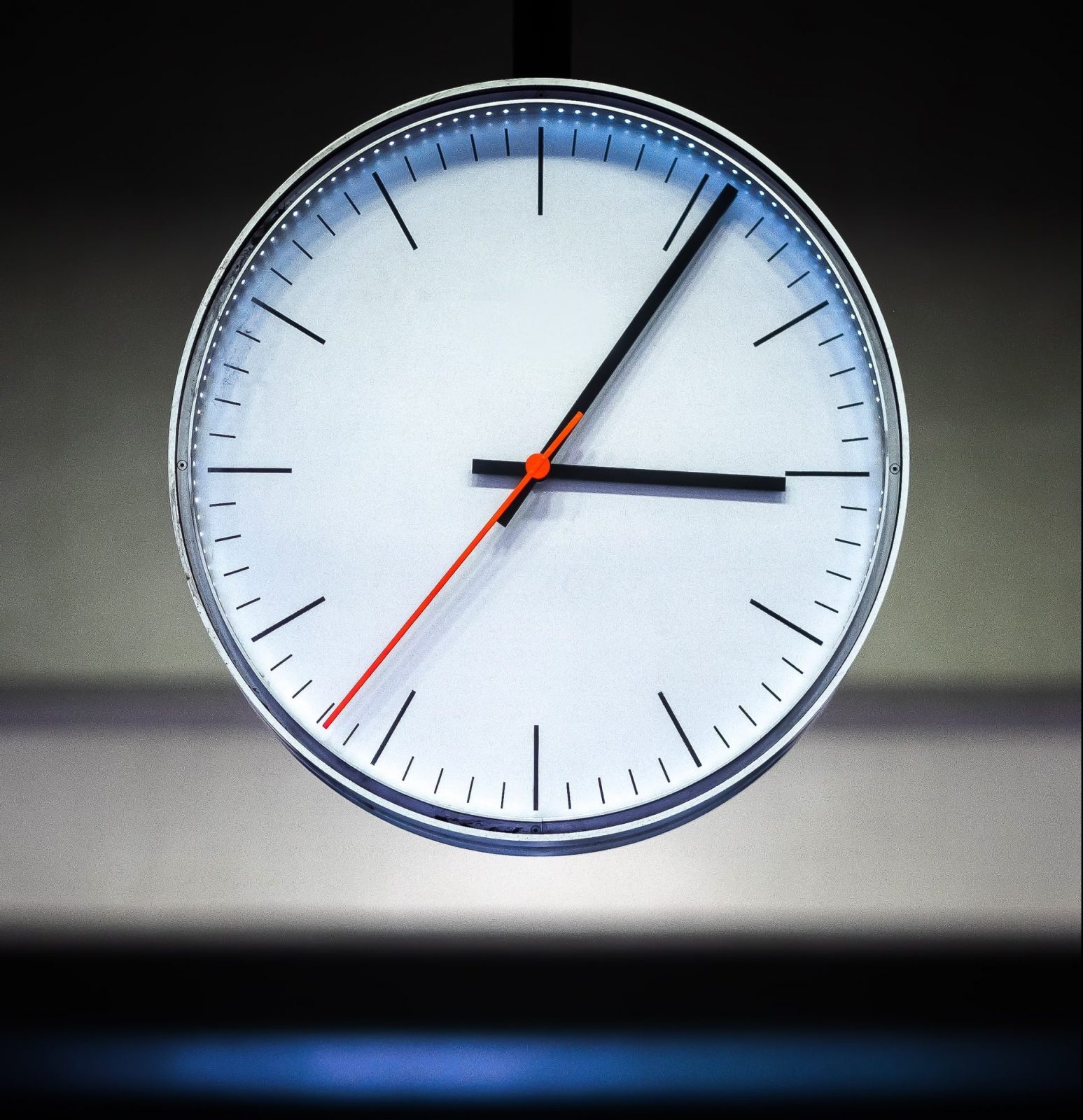 The time code transmitter DCF77 emits a time signal and time code information in the long wave range of 77.5 kHz. The time information is visualised by the lowering of the carrier power to 25% of the standard value (amplitude modulation). The beginning of a second is marked by the beginning of a lowering. The lowering takes 0.1 sec for a logic “0” and 0.2 sec for a logic “1”.

During a minute the BCD values for the minutes, hours, day of the week, month and year are transmitted after the 20th second. Being the synchronisation marker the 59th second is not lowered.

The emitted power does not immediately drop to the 25%-value. Because of the resonance quality of the antenna this value is reached after 600-800 µsec.

The inaccuracy of the transmitted carrier frequency

As the carrier frequency and the carrier lowering have the same source, the above inaccuracy also applies to the beginning of the lowering of the second markers.

The DCF77-signal is usually received by a an active ferrite antenna and fed to a straight-receiver. Rectification and levelling of the signal turn the decoded DCF77-signal into a pulse data string.